Dr. Bruno Goussault is recognized as the founder of modern sous vide. In 1971, Dr. Goussault discovered that if beef was vacuum-sealed in a specially designed pouch and slowly cooked at a slightly-lower-than-usual temperature, it showed little sign of profit-robbing shrinkage compared to conventional cooking methods. Plus, the flavor was notably enhanced.

As part of this honor, Dr. Goussault will contribute to an accompanying book project. Genius: 100 Visions of the Future is the world’s first 3D-printed book and will feature the visions of the 100 greatest innovators, artists, scientists, and thought leaders of our time. The limited-edition publication, conceptualized by world-renowned designer Ron Arad, is shaped like a bust of Albert Einstein and will be a celebration of this generation’s visionaries. Learn more about this distinguished honor here. Today, as the chief scientist at Cuisine Solutions, Dr. Goussault continues to refine this revolutionary cooking method—and share his knowledge with world-renowned and up-and-coming chefs alike. He founded the Culinary Research & Education Academy (CREA), where he has taught more than 80 percent of chefs with three Michelin stars, including Thomas Keller, Daniel Boulud, Yannick Alléno, Joël Robuchon, and Anne-Sophie Pic, as well as the next generation of chefs.

Dr. Bruno Goussault shares his sous vide knowledge and talks about the future of Cuisine Solutions.

YOU’RE NOT A CHEF—YOU’RE A SCIENTIST. CAN YOU EXPLAIN?

My number-one job at Cuisine Solutions is to keep improving the sous vide technique. I started developing the method in 1971 and have continued to advance it ever since. Through sous vide, I help our chefs develop new products that are superior in quality, flavor, tenderness, and nutritional integrity.

WHICH STAR CHEFS HAVE YOU TRAINED?

WHO IS THE CUISINE SOLUTIONS CUSTOMER?

This person is interested in providing an extraordinary dining experience. It’s someone who is passionate about premium quality and perfection. Our customer wants to spend less time on preparation and more time on the perfect presentation.

WHY HAVE YOU TAUGHT THE WORLD’S TOP CHEFS YOUR SOUS VIDE SECRETS?

I love research and teaching. When I train great chefs, I learn from them, too. At Cuisine Solutions, we believe that teaching others will keep sous vide popular. And we want to ensure that chefs have the knowledge to use sous vide with the utmost safety.

WHAT DOES THE FUTURE HOLD?

We are always conducting research on microbiology, texture, packaging, temperature, and ingredients. Our commitment to investing in research and innovation helps both Cuisine Solutions as a business and our friends in the industry.

CAN YOU NAME YOUR FAVORITE SOUS VIDE CREATIONS?

For meat, I prefer rack of lamb and beef short ribs. And I like all kinds of white fish: cod fish, halibut, and turbot. Just delicious. 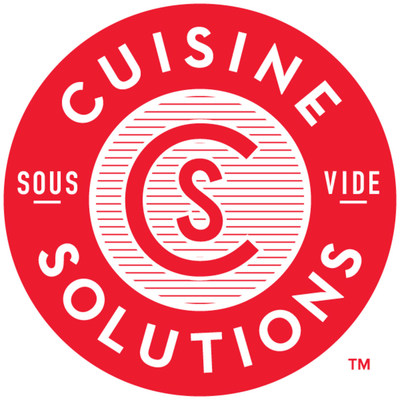